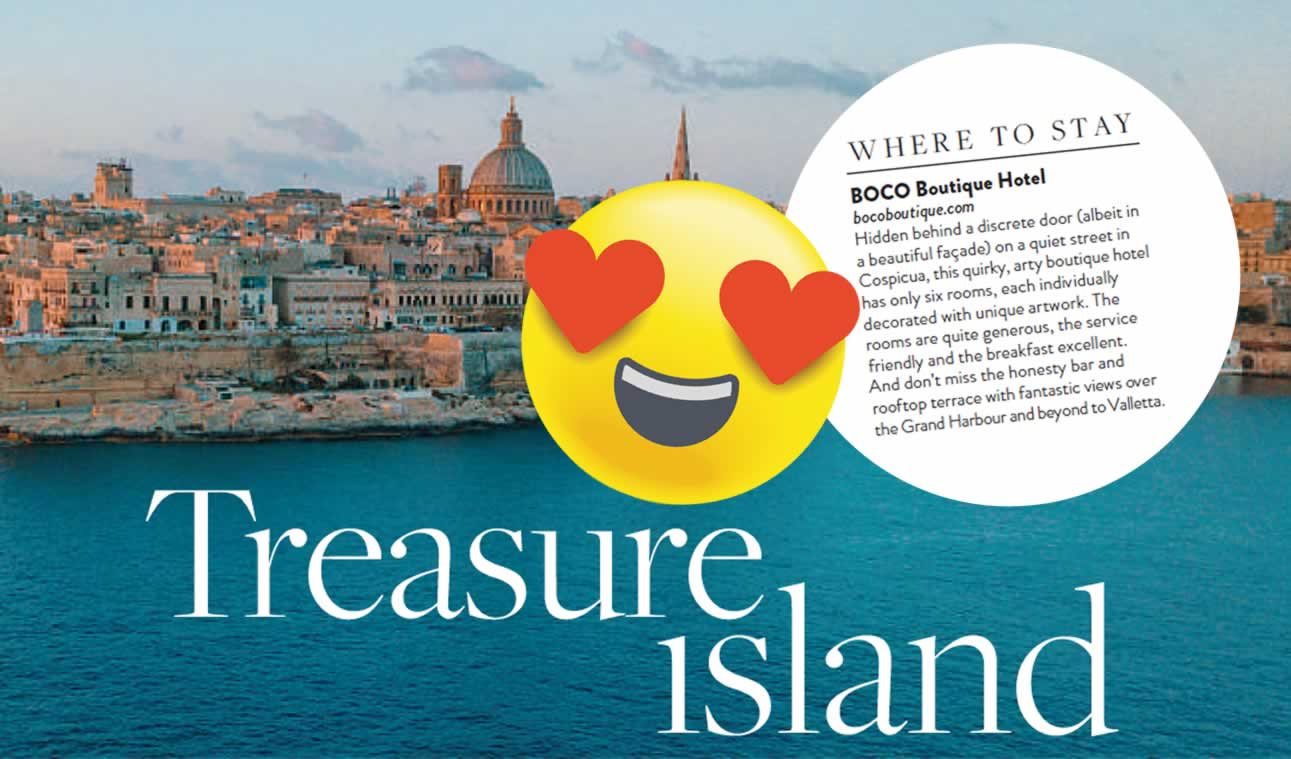 On a short jaunt to Malta, journalist BILL O’SULLIVAN from the Irish Magazine Image, listed BOCO Boutique as his top recommendation for accommodation on the island. During the few days he spent in Malta during October 2018 O’Sullivan was impressed by the Grand Harbour and the coastline, describing the island as “Ireland in the Sun”… View more