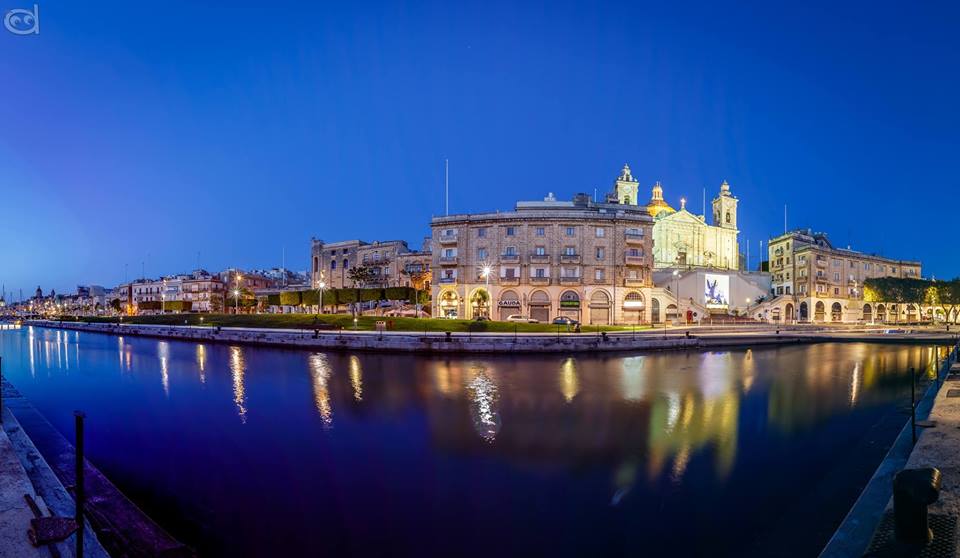 A stroll around Cospicua

Cospicua (or as it is known by the locals, Bormla) has long endured the role of the Three Cities’ ugly sister. Quite unfairly too one might say. It is actually the largest of the three fortified towns of the Cottonera (Birgu and Isla being the other two) and though at heart admittedly a no-nonsense working men’s town it does have its clutch of attractions.

Although the area is known to have been inhabited since ancient times Bormla came into its own after the Great Siege of 1565, when spill over populations from its sister towns settled in what was now a relatively safe area and it became an independent parish in 1586. After the siege the town was made safer still with not one but two rings of fortifications – the inner Margerita and the outer Cottonera lines.

Bormla has one of the loveliest town gates on the Margerita lines – the beautiful St. Helen’s gate, with pitted decoration recalling the pitting used on some of the large megaliths of the temples era. Its lofty parish church dedicated to the Immaculate Conception and constructed around 1730 is reached by a flight of stairs from the waterfront – an arrangement familiar in towns in nearby Sicily but quite alien to Malta. Bormla celebrates the latest festa in the calendar – on the 8th of December. Around the church there are a few notably atmospheric streets – some steeply stepped and all as yet untouched by tourism’s commercial intrusion. Tucked away in St. Margaret Street, Bormla also has a tiny ethnography, social history, anthropology museum and cultural venue known as Bir Mula Heritage.

For better or worse Bormla has always been the spiritual home of Malta’s shipbuilding industry. The Knights had a dockyard here to service their galleys. Later the British extended the facilities considerably – understandably since Malta was the base of the Royal Navy’s Mediterranean fleet. This had dire consequences since the area was bombed mercilessly in World War II with the result that a substantial part of the town’s population moved elsewhere and never returned, leading to a general decline for the beleaguered city. In fact from a pre-war population of some 12,000, Bormla had fewer than 5,000 by the war’s end. The dockyard became a government concern after the British departure but was eventually heavily downsized and privatized due to enormous losses.

One very happy consequence of the dockyard’s demise is that Bormla finally got back its stretch of waterfront – its very breathing space and essence one might say – since Dock No.1 was decommissioned and the wall that previously marred the town’s centre and denied the Bormlizi their beloved view of the sea is no more. The Dock No.1 area is now rehabilitated and is a favourite for the locals’ evening passeggiata. The fall of the wall has also uncovered the fine row of antique maritime workshops lining one side of the dock – these will eventually also be restored and given a new lease of life, thus continuing the revival of this old, proud, and previously much maligned town.