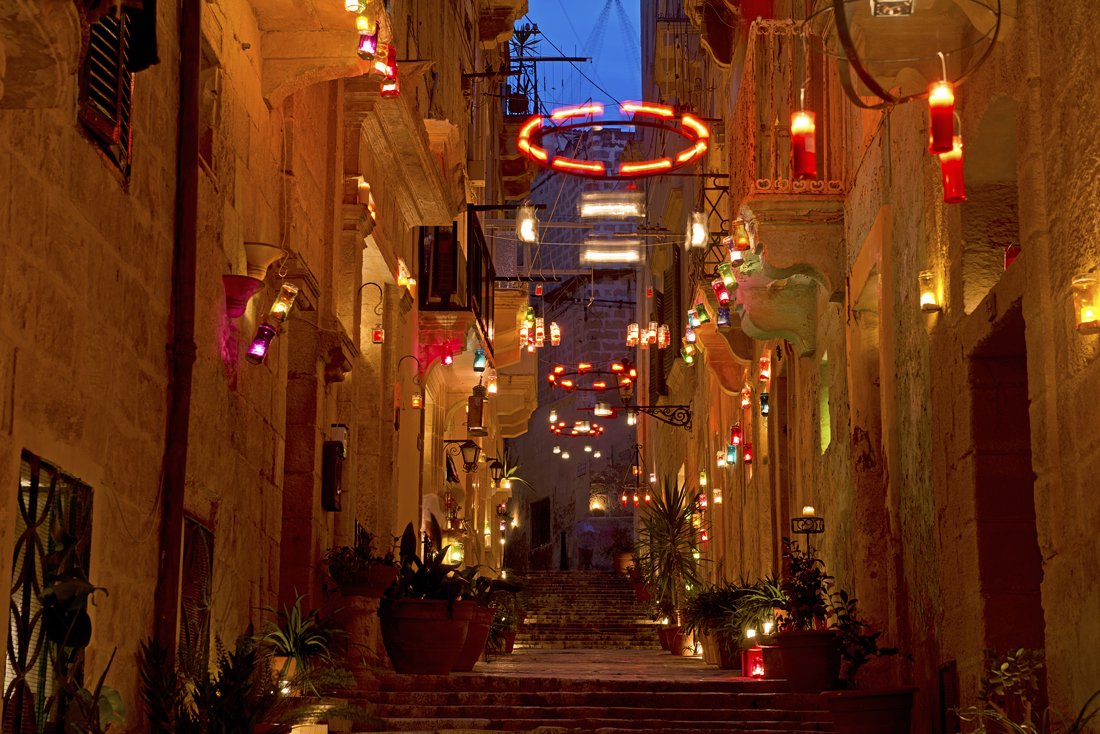 A night lit by candles

The annual Birgufest involves all the community in the walled city as all electrical light is switched off and replaced by lanterns and candles. During this special night, the streets of Vittoriosa are transformed into the idyllic background for band parades, guided tours, live holy music and films.

Vittoriosa is within walking distance from BOCO Boutique

Places of interest which will be open for free to the general public and tourists alike include churches, convents and museums, the auberges (residences) used by the Knights of St. John during the occupation of Malta and in particular during their stay in Birgu, the Norman House, the War and Maritime Museums and the newly restored Fort St. Angelo which dominates the entrance of the main harbour of the Island.

Of particular interest to the visitor will be a visit to the Inquisitor’s Palace where some of the Inquisitors resided during their tenure of Office and where several court cases related to blasphemy or immoral cases where decided and those sentenced sent to prison cells which one can still visit to witness the unhygienic stay prisoners where confined to during their sentence. Many of the Inquisitors eventually were elected as Popes.

A wide selection of local food and delicacies will be available in the main square of Vittoriosa, the side streets and the narrow lanes which know their existence to the very days when the Knights of Malta lived exclusively in the city core.

Animating the cobble-stone street, ladies in period costume will be engaged in lace making on their door step as it was traditionally done; whilst folk singers entertain passers-by accompanied by the traditional Maltese guitar.